Outside, the garage now has its windows and the cladding is progressing. Inside the house, all the rooms have now had a couple of coats of paint, but as the floors are still covered up we have yet to see the full impact. However we have seen the shower room floor uncovered for the first time, which is a black limestone with the surplus tiles cut to produce a very neat skirting. The photo is of the basin on its birch stand.

The plumbers and electricians have also been back to do some commissioning, including testing the heating system for the first time.
The builders have recently see the need for the intricate insect mesh that was installed behind the wood cladding, as a swarm of wasps decided to make a home about 2m inside their long work bench in the photo. Not that I am a great one for killing wildlife, this was a case for Pestkill. 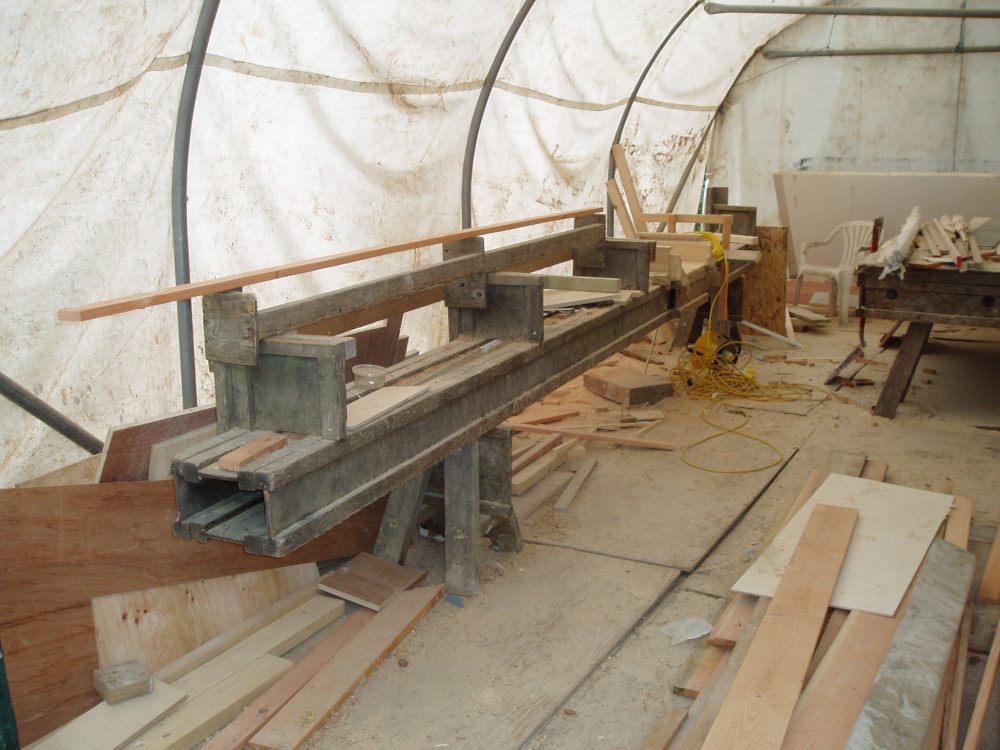 Most things have gone smoothly with this build, except we have had a couple of teething problems this week. The shower-room light came with a diffracter that gives alternating dark and light bands around the room and a white garage door was delivered instead of the grey that was ordered.

Another busy week with lots of people on site including painters, plasterers and plumbers. Work on cladding the garage has continued, along with finishing touches on the outside of the house. The pod roof has its balustrade and the concrete for the porch floor has been laid. The pod has been painted black so you can see the striking effect of the red front door against the black paint – no missing which door is the front one. 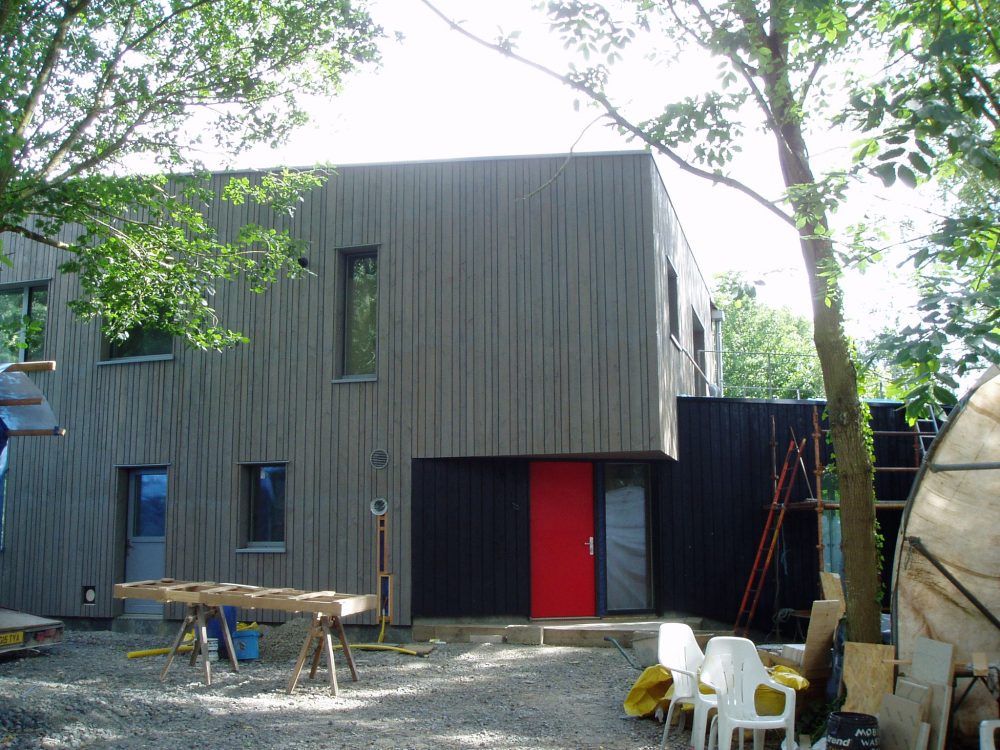 Inside the oak ledged doors have been hung, continuing our mix of modern and traditional. 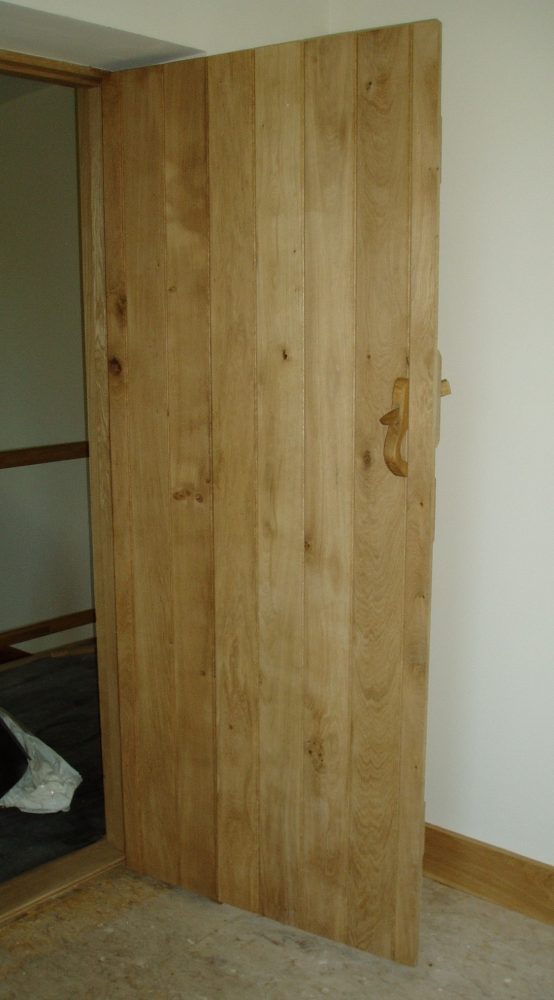 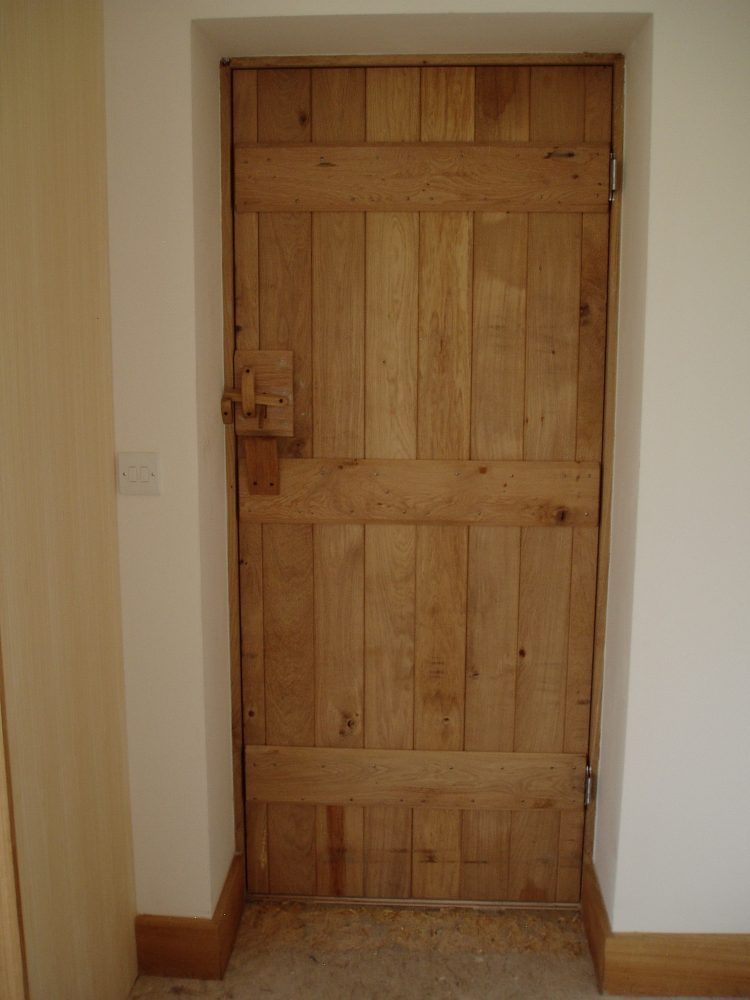 And don’t you just love the latches from Hollow Ash

This week marked a significant stage of the house build with the scaffolding, which was put up last December, being taken down as shown in this video.

This revealed the full impact of the house for the first time. 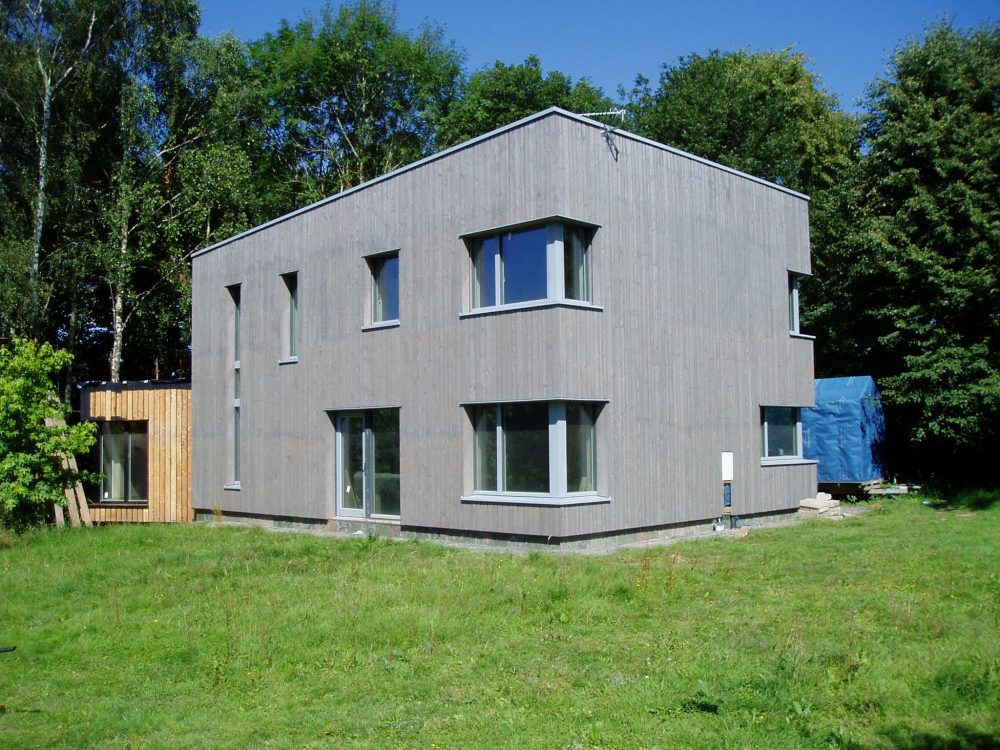 Both from the back and from the front. 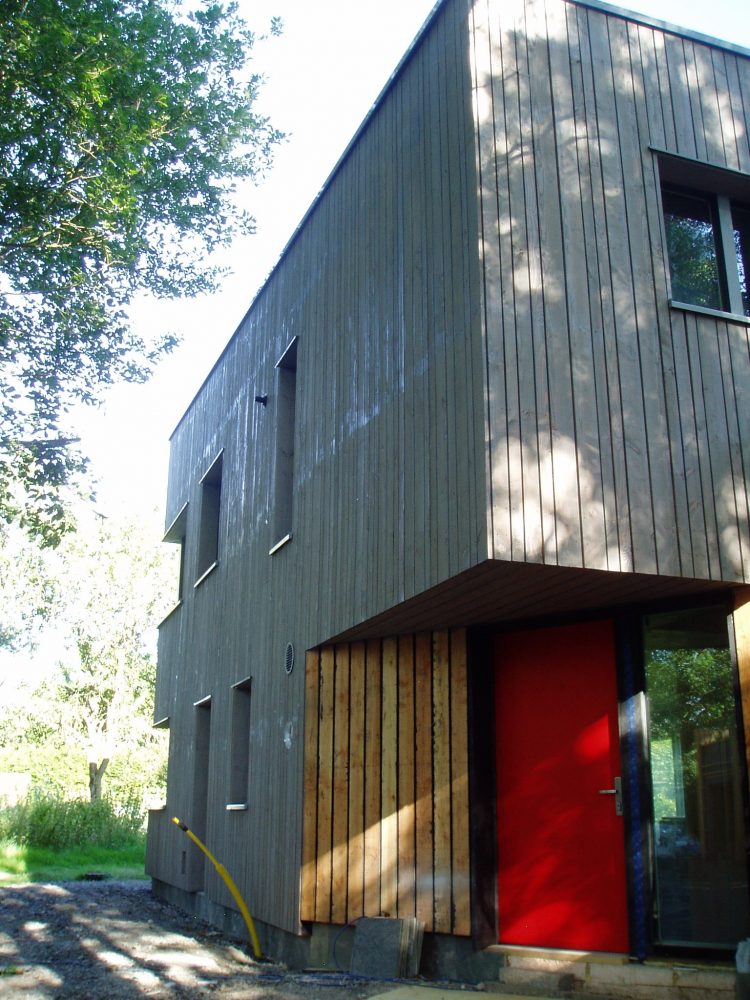 The areas which are not painted grey are awaiting their coat of black paint. We also saw how it will look from the upstair’s bedroom of the existing house. 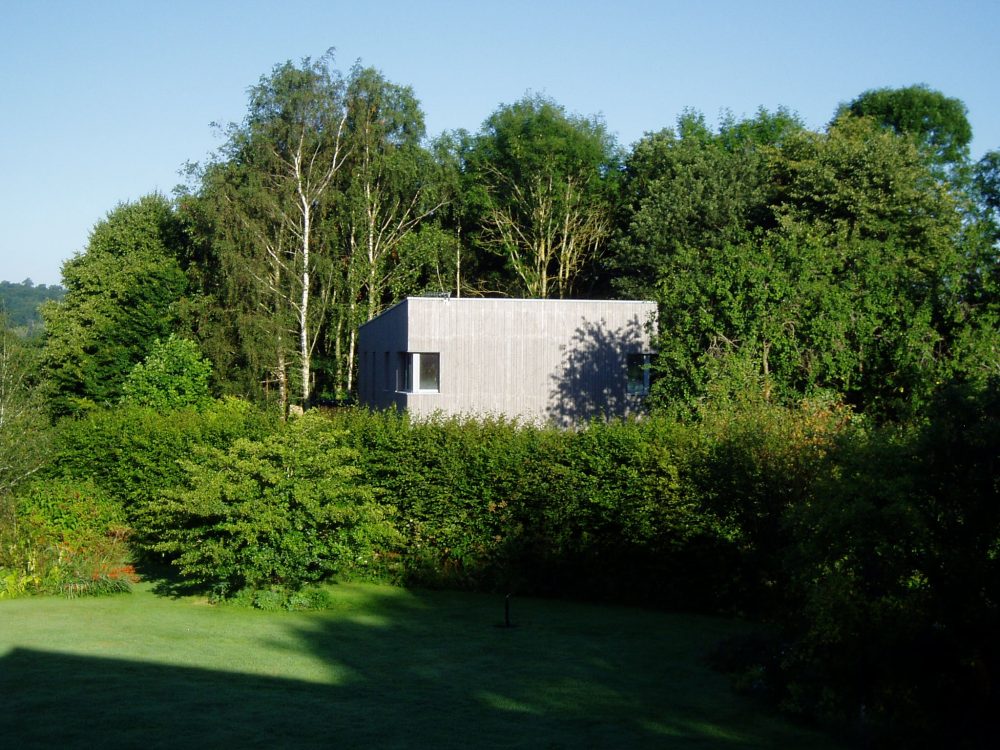 Other activities this week have included installing the worktops in the kitchen, polishing the tadelakt in the shower room and putting a oak top to the living room window seat.

Your first question is most probably what is “Tadelakt”? Tadelakt is a polished plaster based on the original Moroccan plaster meaning ‘to rub’ or ‘knead’ in Arabic and we are using it to give a waterproof finish to our shower room.The main ingredients are natural hydraulic lime, selected sands and marble powder with a pigment to give it some colour. 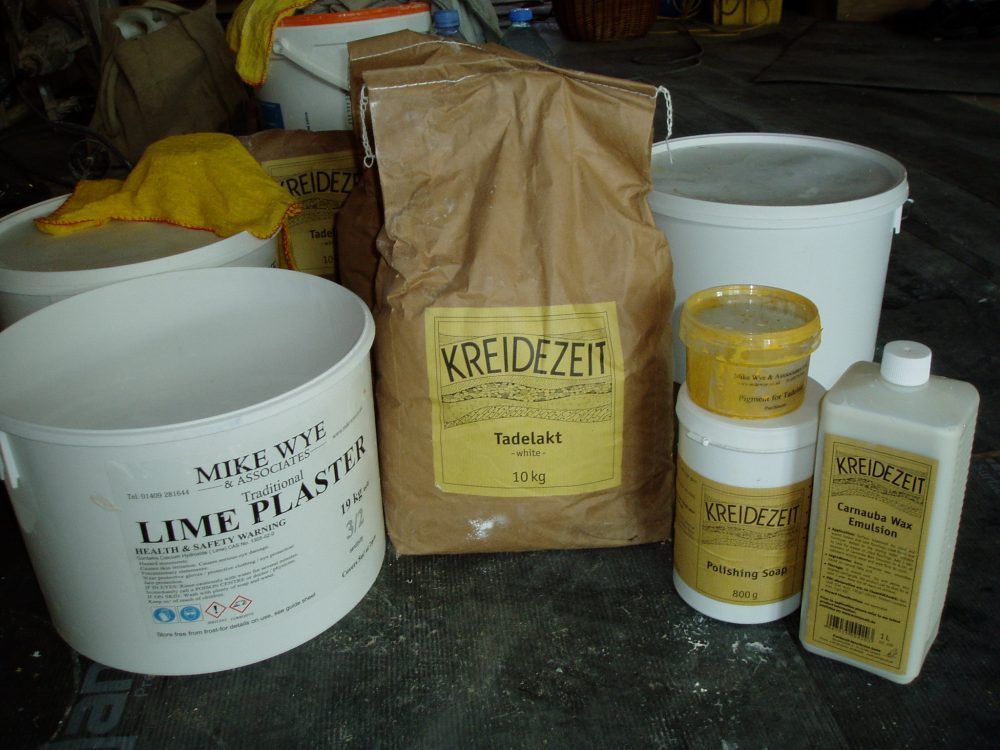 Once the coat of plaster has been applied it is sprayed with an olive oil soap and is polished with a stone. The olive oil soap chemically reacts with the lime to form calcium stearate, which results in a surface that is both water resistant as well as hard and durable.
We have chosen the parchment colour, which starts of as the bright yellow pigment in the previous photo. The inset photo below is nearer to the colour it will dry to. What the photo can not show is the beautiful smooth texture of the finish. Nor does it show the final subtle colours that come with the final polish. 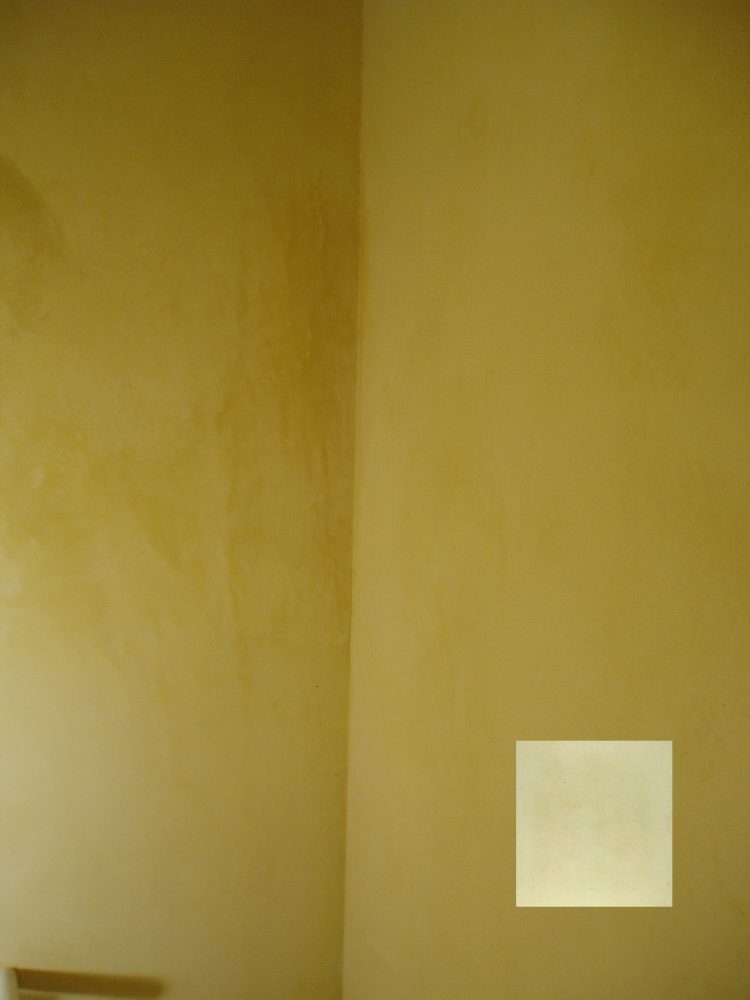 The upstairs’ cupboard doors arrived last week in kit form, so the first task was working out which door was intended for which space as most were slightly different sizes. 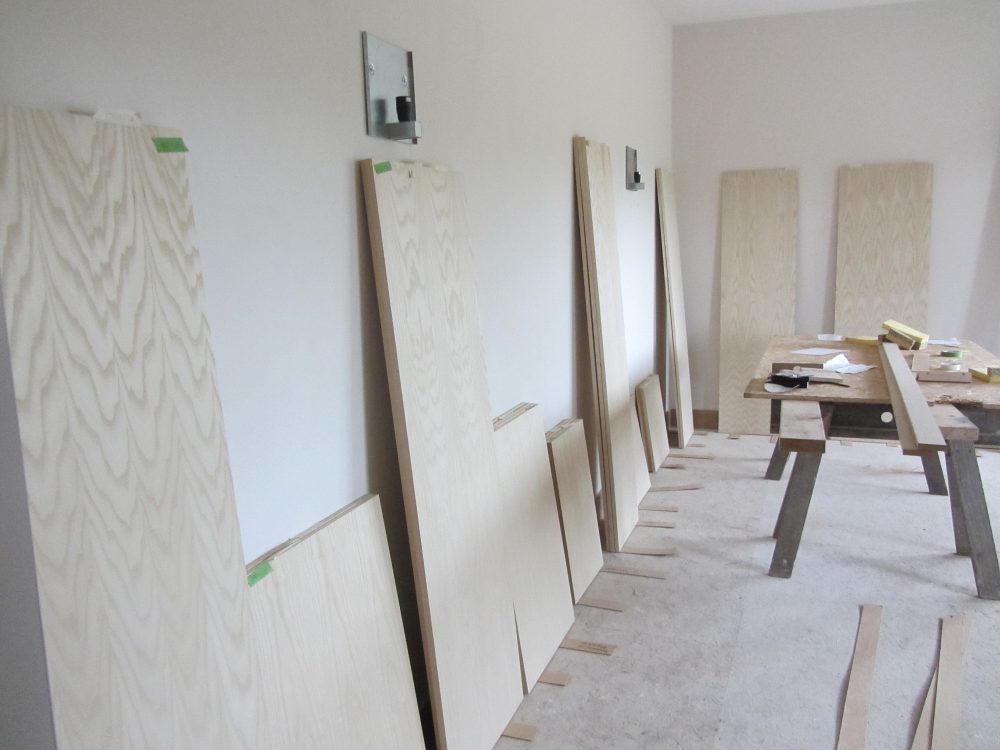 The doors are ash veneer with oak strips between the doors. After hanging the built-in wardrobe in the main bedroom looks like this. 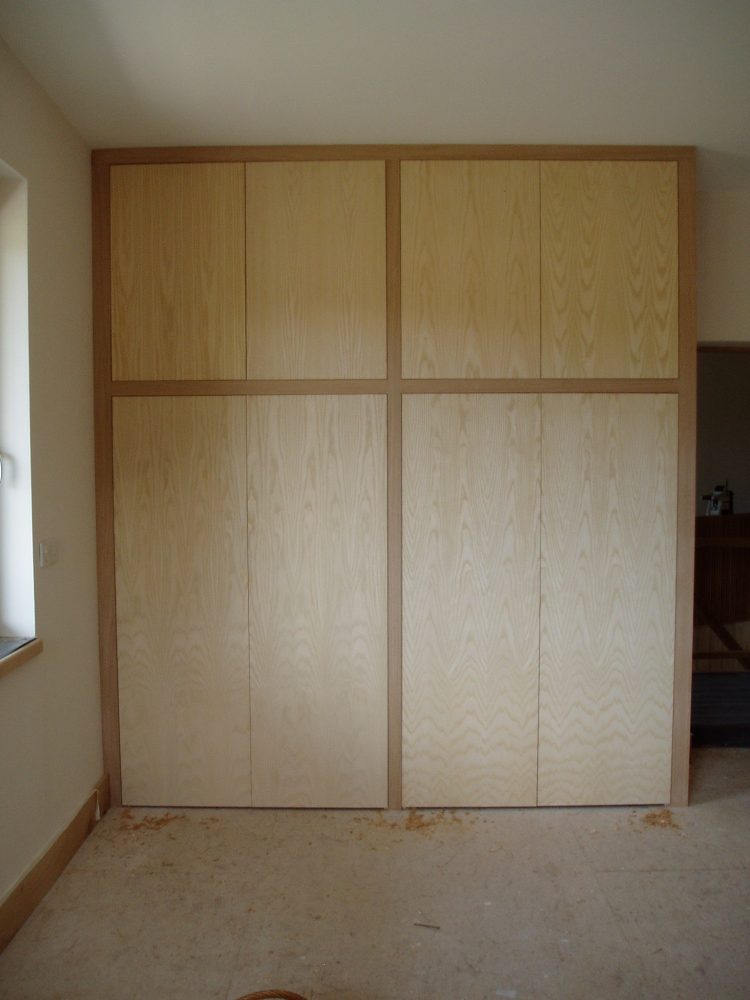 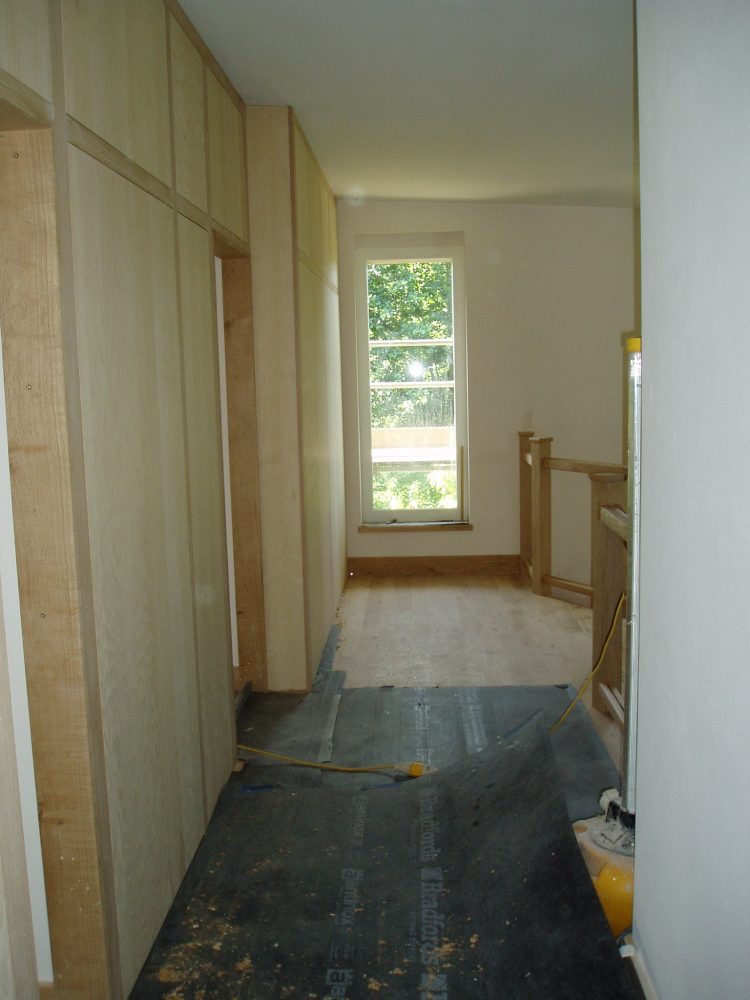